Oh my, how to begin? Maybe I should start at the beginning.

I met Dr. Glenn at the airport on the day of our departure. Before that, I had just been told about Dr. Glenn through my grandparents that know him. After learning about what he did and the organization he created, I knew that joining him on one of his missions would be a life changing experience. I was interested in the medical field, but I had never experienced it firsthand in its purest form – what it truly means to be a Doctor. 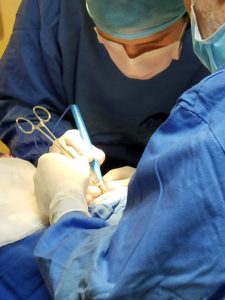 Meeting Dr. Glenn was an experience in itself. Some people may have just seen him as someone’s grandfather. An old man going on vacation to some remote Island. But they would miss all the details. He stood, under the weight of his 60 Liter backpack. His posture, while not perfect, exuded confidence. His hair was grey but his eyes were bright with life and shone with experience of someone twice his age. His handshake, firm. Everything about him cried out a leader.

Justlike that I was off. Flying to a foreign land with a group of strangers, not knowing what to expect or, rather, expecting to accompany the group to an indigenous tribe, the Shuar. I expected to live in tents out in the middle of the jungle. Going to the bathroom au naturel. Purifying water from a stream, living off the food we brought.

What I did not expect was a group of people like me. Sure, they were poor, but they wore modern clothes, had televisions, computers, electricity, delicious food, and even running water. We slept in nice beds and ate hot meals. Even though conditions were not what I expected, they did not change the mission. I still got to participate in the aid of over 100 people. Whether it was calculating IMC or taking a blood pressure, I was ecstatic to be of use without any qualifications. What amazed me even more was that I was able to interact with and observe multiple operations. Watching in awe at how deftly the surgeons carried out each operation. Believing that one day I could be standing in their shoes.

Paired with this was the sheer amount of medical information. Whether in our tutorials, or through Dr. Glenn, and even through the CinterAndes Doctors. I always had answers to all my questions. Sometimes I did not even have to ask about something, it would just come up, and I loved it. While it only lasted 3 days, it turned my interest in medicine into a spark that I hope will one day become an unstoppable fire as I shape my future. 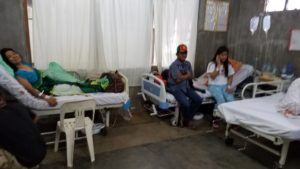 As for the second half of the trip, it was amazing. Ecuador is a beautiful country with its towering mountains, its farming plains, and its unusually dry rainforest (it was the dry season and it still rained most days). My favorite view was looking back out at the clouds over the plains as we crossed the Cajas at 13,550 feet. Our stay at Copalinga near Zamora and Podocarpus National Park was busy but restful. Our days were filled with hiking, walking, and more hiking. I climbed El Mirador in 30 minutes and was down in 10. Once I reached the top I then continued on the natural Mirador path up higher in to the mountain. The going got rougher until I was crawling on my hands and knees through the jungle. When I could no longer find the path, I turned back. As I ran back down the trail, I was startled by a 12-foot snake sunbathing. 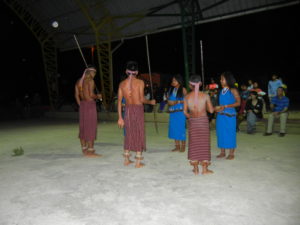 On other trails we went on, avalanches had covered the trail and we had to find our way through them. I remember climbing through one that was covered in fallen trees. Climbing over and through the was both exhilarating and fun. Another night we hiked across the river over a suspension bridge and got caught in the dark. We made it out alive, though not unscathed. Overall, I saw a ton of butterflies, insects, and animals. I saw an owl, a pack of white monkeys, a red monkey, a snake, a black agouti, and a chameleon.  As I watched the white monkeys, they were curios of me. One peed off the edge and another tried pushing one of its fellows out of the tree. The food we ate each night was irreproducible and delicious.

Both the people I met and the experiences I have had will stay with me for the rest of my life. I sit here in the airport writing this wondering what my life would have been like had I not gone on this mission. Sigh… boring and uneventful.